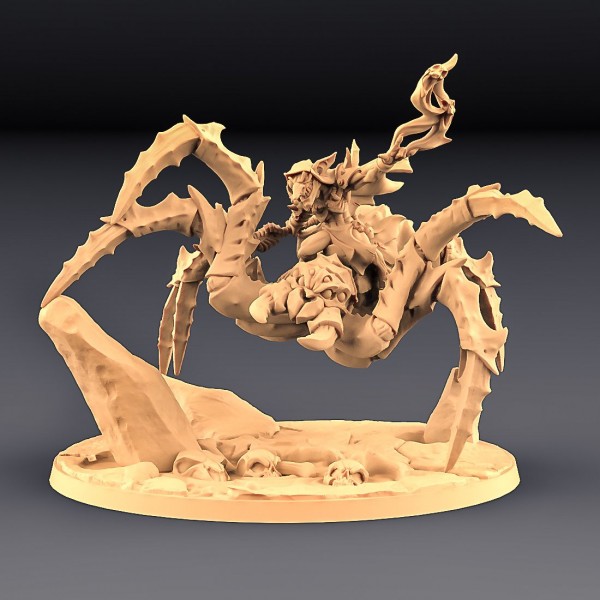 Delivery between 1 and 12 business days, depending on stock and orders 3 Workdays

Zipzaap on Dread SkullspiderTrue leader of the Sparksoot tribe and spiritual guide, Zipzaap is also called "the lunatic". Wise and crazy at the same time, he is a true schizophrenic genius with two distinct personalities: mad technician and mysterious necromancer . He's the one who invented most of the Sparksoot contraptions, including bombs, explosives, and even the giant Scrap Golem.Influenced by the ancient Sarcophagus Guardian Ossarnus, Zipzaap Darkspark managed to tame and twist with his necromantic power a giant spider, transforming it in a undead monstruosity. The Dread Skullspider comes separated from its rider and base to be used as standalone monster.