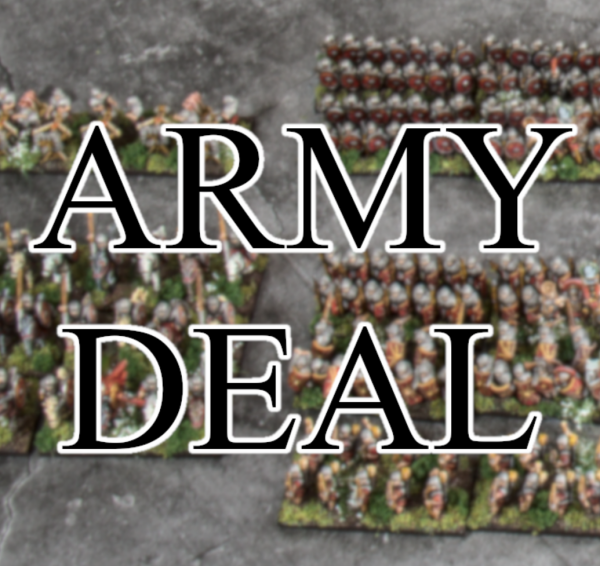 Delivery between 1 and 12 business days, depending on stock and orders 3 Workdays

A full set of 10mm Miniatures to be deployed as a complete Army.

3D Printed Roman Army Deal gives you everything you would need for a 2000pts Warmaster ancient army at a 15% discount. The army deal consists of the following units.

Shield Design: Iupito II  (if you require a different Shield Design, please mention that in the comments during checkout. See image for Shield Options)

Provided unpainted and without bases - click here for bases.

In Cooperation with Cromartyforge
STLs for home printing are available for these miniatures here ("Children of Apep"):
https://www.centimetrewarriors.com

(they print best in our TGM-7 resin, check the resin section in the shop)